Sleep During Menopause: How to Manage Symptoms

Before we get into the specific science behind sleep issues during menopause, it’s worth noting that the period of life you’re in also matters a lot when it comes to your sleep quality.

Perimenopause is the period of transition around when a woman begins menopause. This marks a transition in the way her body produces hormones.

This process usually happens between the ages of 45-55.

This also means that a huge biological transition for her typically aligns with the time her children are teenagers and life seems to be at the peak of its craziness.

She’s probably got a career of her own and has taken on most of the “household” responsibilities by default from the old habits of society.

That being said: her body is already under massive hormonal stress because of her busy life.

So when menopause starts to set in, these new swings involving the sex hormones can feel like they’re wrecking you.

It’s just too many hormones at once.

If you’re in any form of this life scenario – with or without kids, you likely don’t have much time to yourself.

You probably spend most of the day serving others in some way or another, so when you finally get home to relax before bed, your brain starts racing.

This increase of cortisol near bedtime stops the body’s natural production of melatonin, the hormone that helps the body initiate sleep.

That means it’s much easier to end up laying in bed late at night, trying to stop racing thoughts so you can get a few hours of shut-eye before that early alarm.

It’s a hormonal mess that is a negative feedback loop.

The hormones spike, she stays up because they’re high, and then she doesn’t get to recover during sleep because she’s not getting enough of it.

And it goes on and on every day.

So…let’s get into the main feature that makes stress even less pleasant during menopause.

What changes in women’s hormones happen during menopause?

In both sexes, deep sleep brings on a trigger in the brain called lutenizing hormone, which produces an increase in sex hormone release.

This “surge” in sex hormones is called the luteal surge.

But because menopause causes a decrease of the body’s overall estrogen, the trigger of the luteal surge causes what is known as an autonomic (fight or flight) response in the body.

The luteal surge makes the body heat up quickly. The person gets a hot flash.

The body is perceiving a physical “threat” because of the sudden uptick in sex hormones and goes into overdrive trying to deal with them.

These responses can be more severe if you’re inflamed in other ways – poor diet, lack of physical activity, lack of sleep (huh, that’s like the theme of this piece…)

Let’s get into the surge itself.

So, when does the luteal surge occur?

The hormonal surge known as the luteal surge comes on during deep sleep.

When you first fall asleep, your body goes mostly into deep sleep.

With each sleep cycle following the first one, that section of deep sleep becomes shorter and shorter.

So, by the end of the night, you’re mostly in the REM phase of sleep.

This means that the hormone-spiking luteal surges will come on more frequently or intensely in the first half of the night, and hopefully decrease toward morning. 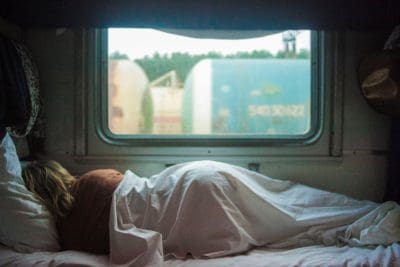 How to manage sleep during menopause

While the luteal surge is a natural and inevitable process that will always happen during deep sleep, there are ways to prevent the negative effects of it.

If you can figure out how to keep the body cool enough at night, the increased body temperature shouldn’t be so bad that it’ll wake you up.

So if you sleep on a chiliPAD, you can help to keep your body temperature low and prevent the overheating from nighttime hot flashes.

Along with that, keeping your room between 60ºF – 68ºF degrees is the optimal sleep window.

You can also incorporate a nighttime lukewarm bath to decrease your body temperature before laying down for the night.

Besides addressing the direct temperature concerns, making sure you’re decreasing inflammation in your life will help you feel a lot better during this transitional period.

Some things to optimize for decreased inflammation in your life include:

While this seems like a lot, a few basic changes for the healthier can put you a long way.

You’ll notice that your body can repair itself pretty quickly once you stick to a new (healthier) habit. Once you feel a little improvement, you’ll naturally be seeking out more.

Take note of those menopause symptoms along the way – and keep track of how they decrease.

If you’re finding it difficult to get started, my Sleep Remedy supplement is a non-addictive way to improve your sleep the first time you take it. 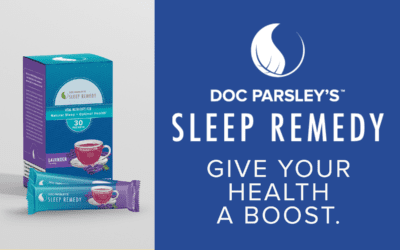